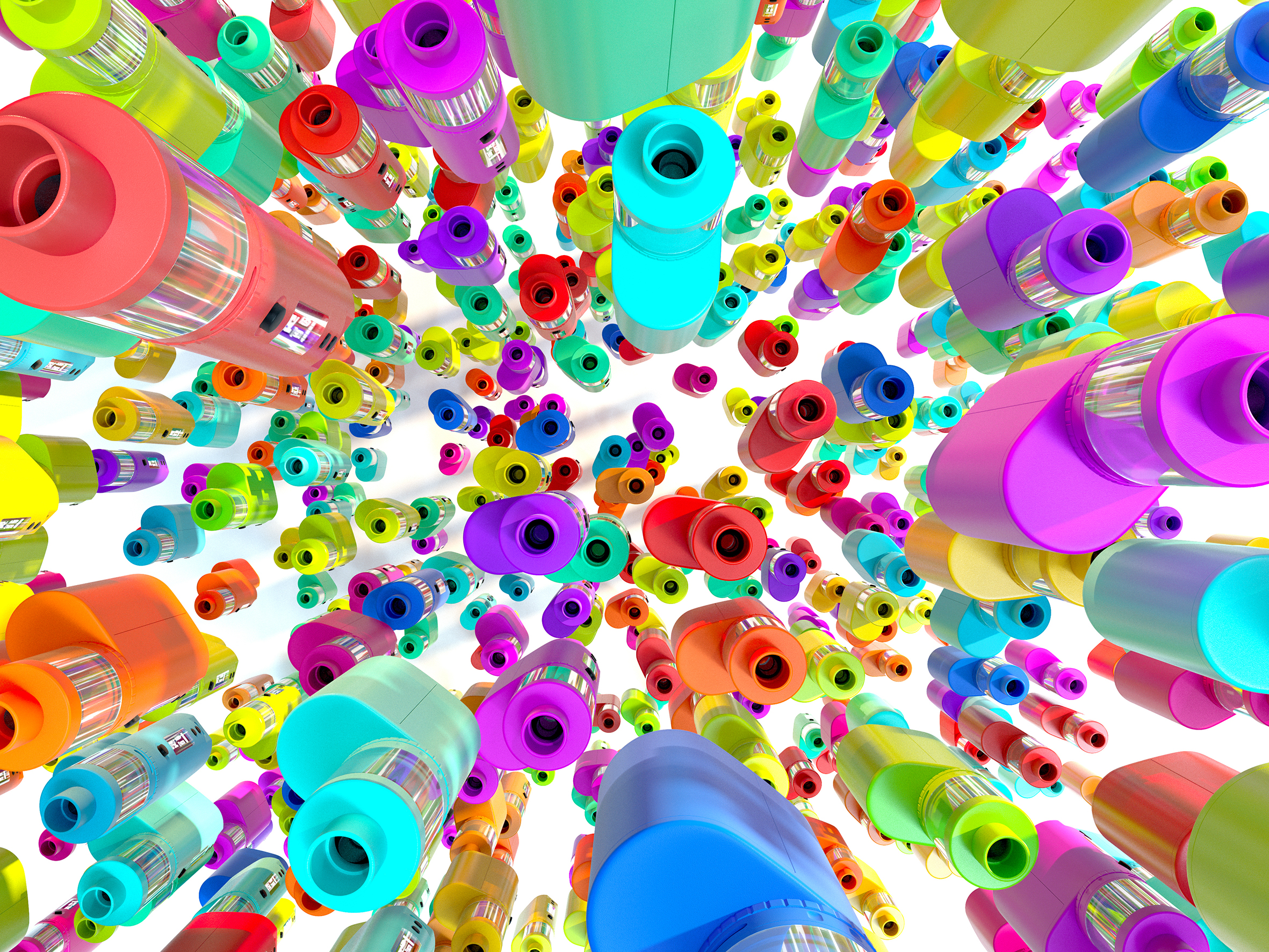 As you may have seen, nicotine salt e-liquid has gained popularity recently as more and more vapers switch from traditional disposable vape pod e-liquids. But what actually distinguishes them?

In this post, we’ll go over the essentials, and by the time we’re done, you’ll know what the big differences are and why salt nics are such a big deal.

It’s important to keep in mind that none of them is better than the others before we get started. It all comes down to personal preference, which is based on where you are in your vaping journey, the kind of devices you enjoy, and, of course, the proper nicotine level. Both juices offer distinctive vaping experiences.

It takes some science to understand the differences between nicotine salts and regular vape juice, but we’ll try to explain it as simply as we can without boring you with unnecessary jargon.

However, it may be helpful to first look into a type of nicotine known as freebase nicotine in order to fully understand what nicotine salt is.

Freebase Nicotine: What Is It?

Freebase nicotine, which is present in most e-liquids and traditional tobacco cigarettes, is the purest and most often used type of nicotine in consumer products today.

Since that time, the main source of nicotine in e-cigarettes and nicotine replacement therapy (like cigarettes) is freebase nicotine. Its extremely alkaline composition may have a strong throat impact when taken in higher dosages. Some vapers find this to be quite appealing, but if the hit is too strong, it may put them off. Salts of nicotine are a great alternative in this situation.

What are nicotine salts?

We’ll start by stating emphatically that it is NOT based on typical sodium chloride, also known as table salt. As a result, it won’t increase your sodium intake or provide a salty flavour to your vape juice.

The term “salt” comes from chemistry, where salt is the end result of a reaction containing both positive (acid) and negative (base) charges.

A specific type of e-liquid with a slightly different composition from regular e-liquids is known as nicotine salts, or nic salts (which are known as freebase e-liquids). The majority of starter kits and pre-filled pod kits include freebase nicotine e-liquid, however both inexperienced and seasoned vapers can benefit from using alternative types of e-liquid, such as nicotine salts.

Nicotine salts are a kind of e-liquid that, when compared to regular freebase vape juice, may quickly transport nicotine to the body. Because they give the perception of a bigger nicotine impact without actually having more nicotine in the e-liquid recipe, nicotine salts are popular with beginner vapers and ex-smokers who are used to smoking heavily. In comparison to freebase nicotine e-liquids, this produces a nicotine rush that is significantly greater, quicker, and more powerful.

People who require a stronger e-liquid can utilise nicotine salts because, in accordance with UK vape product legislation, e-liquids with a strength of more than 2% cannot be offered there. Because they deliver a noticeably smoother “throat hit” sensation than freebase nicotine e-liquids, higher-nicotine e-liquids in salt form are frequently easier for the average vaper to utilise. However, nicotine salts are a terrific choice if you’re searching for a potent, powerful nicotine rush that completely eliminates your cravings. Obviously, freebase liquids would be the superior option for consumers who prefer a powerful, intense throat hit as an important part of their vaping experience.

Which is the safest?

Contrary to popular assumption, nicotine salts come together when an acid combines with the freebase nicotine, which is quite alkaline. Because these e-liquids are referred to as nicotine salts even though they don’t actually include any salt, you don’t need to be concerned about your sodium intake. The term instead describes how nicotine is chemically arranged in nic salt compositions.

Most frequently, benzoic acid is used. Citric acid, or a combination of the two, is also often used because both naturally occur in our bodies and can even be found in fruits. While giving you a stronger nicotine rush than freebase nicotine, nicotine salts may be safely absorbed by the body much more quickly. This chemical process also lessens the throat hit sensation by making nicotine less alkaline.

The lower pH of nicotine salts suggests that the temperature needed to vape is far lower than it would be without acid treatment, therefore users can vape nicotine salts at relatively low temperatures and people who use smaller, less powerful devices can still comfortably utilise these e-liquids. Freebase and nic salt are both generally safe for vaping, but there isn’t any proof that one is safer than the other.

It is intriguing that nicotine salts are the kind of nicotine that naturally exists in the tobacco plant, despite the fact that freebase nicotine has been used much more frequently for millennia. They are best for use in potent, strong vapes because they have undergone the least degree of alteration.

Eat the rainbow this summer

Air Up: For Those Who Struggle to Stay Hydrated