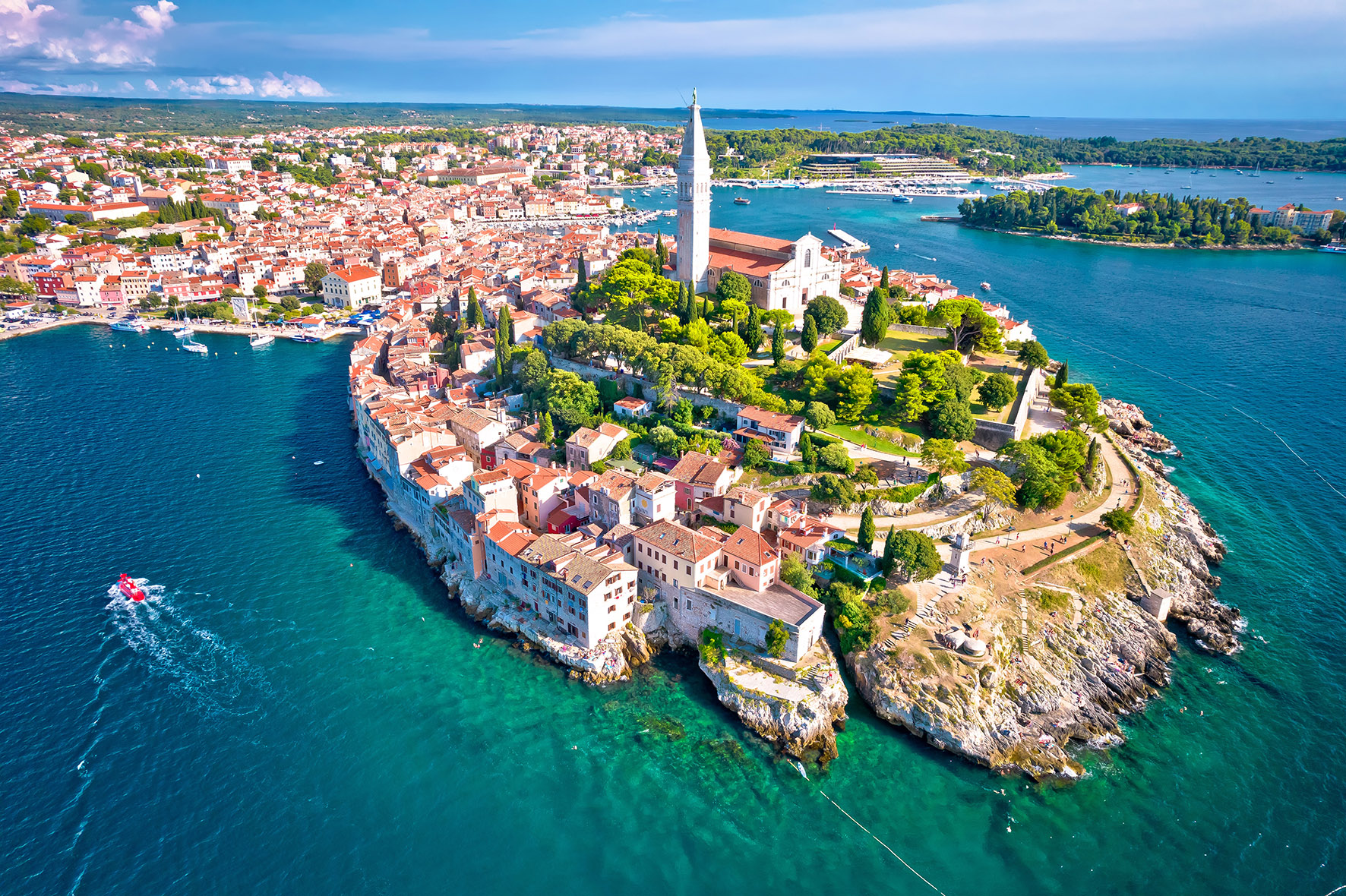 Lying by the crossroads of southern and central Europe, Croatia is a land of medieval walled towns, beautiful, red-roofed houses, and vibrant ports that overlook the crystal-clear turquoise waters of the Adriatic Coast.

It might still be largely undiscovered, but it won’t be long before tourists come flocking in. So before it gets crowded, head to the country and discover these top five places to visit. The romantic seaside town of Rovinj is one of the most visited towns in Croatia. Dating back to Roman times, it occupies a circular peninsula jutting out into the Adriatic Sea and is home to stunning Venetian-style palaces and colourful buildings.

Check out the galleries and shops along Grisia Street, which sell handmade souvenir items, artworks, and jewellery. Consider travelling to Rovinj to discover everything that this beautiful town offers, including its many hidden gems.

Split is one of Croatia’s most popular cities and a popular tourist destination, thanks to its stunning location at the edge of the Dalmatian Coast. It’s home to the 4th Century Diocletian Palace, which dominates the Old Town. Accessible through four gates, this UNESCO World Heritage Site is a beautiful walled complex and a small city in itself with a maze of cobblestone streets.

Fans of the famous Game of Thrones series will be delighted to know that the clifftop Klis fortress featured in the TV series is only nine miles from Split.

Visnjan is a beautiful village on a hill located in Istria, Croatia’s westernmost region. Along its lovely streets, you can experience the rich historical heritage of this beautiful place. Although most tourists would come here on a day trip, it might be worth spending a night in an Istria region style luxury villa, you can then get up early and venture into the Venice Lion path, or cycle through the Star Trail to experience the simple joys of an idyllic rural village, with its laidback atmosphere and beautiful scenery. The medieval walled city of Dubrovnik has been named one of Croatia’s most beautiful destinations for many reasons. Aside from its famous city walls, which were used as the backdrops in Game of Thrones, the city is a popular stop on many cruises across the Mediterranean coast.

Dubrovnik’s most popular attraction is its massive stone walls that date back to the 10the Century, encircling the atmospheric old town and topped with a 1.2-mile walkway from where you can view the breathtaking views of terracotta-roofed buildings and medieval church towers.

The Croatian capital of Zagreb is often overlooked by tourists who would rather head straight to the seaside towns and beaches of the Adriatic Coast. However, the city has plenty to offer for all kinds of visitors. It’s also home to an eclectic mix of Austro-Hungarian architecture, vibrant street arts, and fantastic museums and galleries. Some of the highlights include the tree-lined Strossmayer Promenade, the medieval stone gate, and museums like the Zagreb City Museum and the infamous Museum of Broken Relationships.

Sailing Holidays For The Whole Family