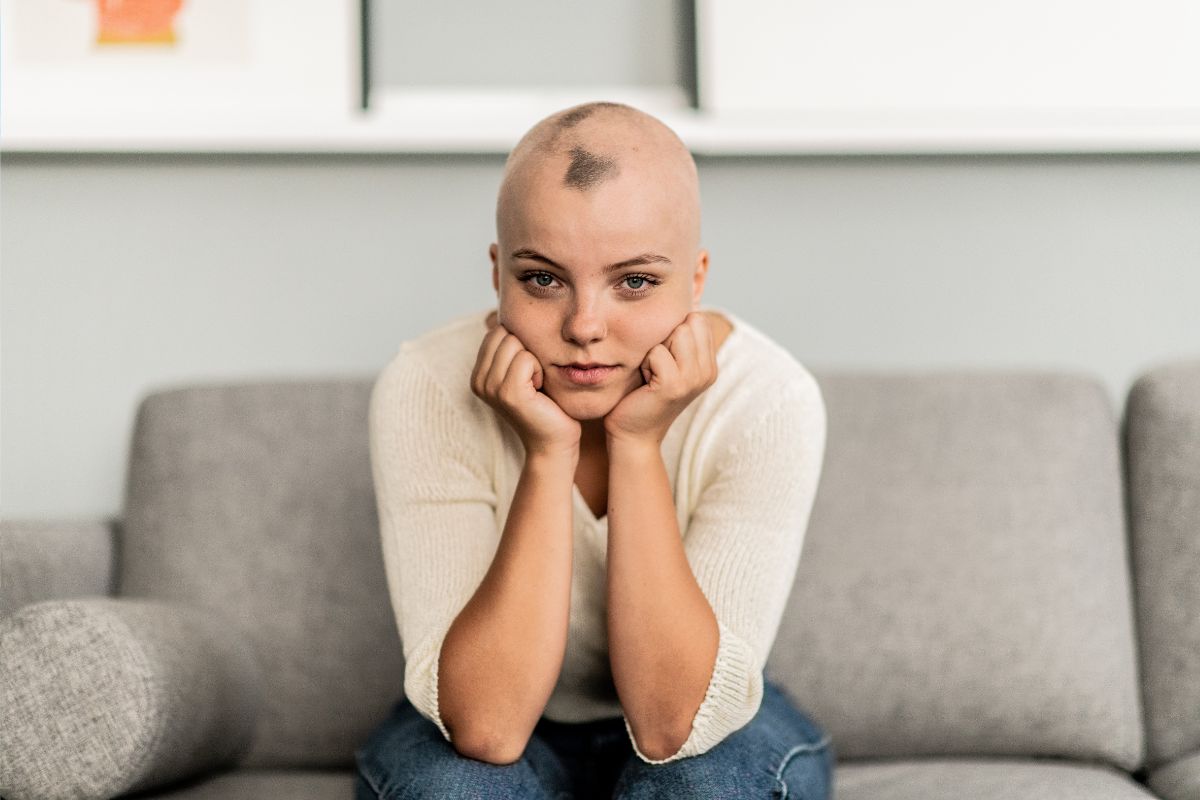 Alopecia is a condition that occurs when the immune system attacks hair follicles, resulting in thinning hair and eventual baldness. Alopecia is the medical name for baldness. As well as bald spots on the scalp, alopecia can also affect other parts of the body. Even though it can cause skin irritation and the loss of eyelashes and eyebrows, it is not a life-threatening condition and does not cause any discomfort.

Many people did not know about Alopecia until the incident when Will Smith (a world-renowned and loved Hollywood actor) slapped Chris Rock during the 2022 Oscars after he commented on the former’s wife, Jada Pinkett Smith’s hair loss. The joke touched a nerve because Pinkett suffers from alopecia areata, which causes patchy hair loss. That event put a spotlight on women’s alopecia.

Even though alopecia doesn’t cause any physical damage, it can have significant psychological effects, such as high levels of worry and anxiety. It’s especially true for women because hair plays a huge part in determining a person’s perception of who they are as an individual. According to the article https://www.ncbi.nlm.nih.gov/pmc/articles/PMC1261195/ “It is estimated that approximately 40% of women suffering from alopecia have experienced marital problems a direct result of the condition, and approximately 63% claim to have experienced challenges in their professional lives. Psychological distress can be predicted in part by the degree of alopecia’s severity. Those who have experienced a substantial degree of hair loss are at a high risk of experiencing psychological distress.”

The Cause of Women Alopecia

Alopecia is more common in people with a close family member suffering from the illness. Therefore, genetics may play a role in the development of these changes. Experts, however, are baffled as to why these shifts occur. An estimated 1 in every 5 people with alopecia has a family member who is likewise afflicted with the condition.

People with a history of hair loss in their families are more likely to also have other autoimmune diseases such as thyroiditis and vitiligo in their bloodline.

Despite the widespread perception, there is scant evidence in the scientific literature to support the hypothesis that stress can bring about alopecia. Although there is a possibility that the condition can be caused by extreme stress, the evidence points to a genetic basis for the condition.

Loss of hair in any form, including thinning and complete baldness, can impact a person’s mental health and social life. Because our society upholds preconceived notions of physical attractiveness, which affects individuals’ sense of self-worth, emotional resilience, and mental health. Women are likely to suffer from the debilitating effects of this ailment, although it is commonly thought of as a masculine condition. According to the findings of a recent study, the emotional impact of alopecia is more severe in women because of the significance that hair has in representing a woman’s femininity.

Because alopecia affects a patient’s appearance, the condition can lead to feelings of anxiety, stress, depression, low self- esteem and even thoughts of suicide. It can also induce social anxiety.

How to Prevent and Cure Women’s Hair Loss?

Even though there is no known cure for alopecia, you can attempt a variety of therapies and medical procedures to see if you can slow down or speed up the rate at which your hair falls off.

Vitamins and supplements (including zinc and biotin), acupuncture, probiotics, aromatherapy, onion juice applied on the hair follicles and essential oils (such as coconut, tea tree and castor oil) are some examples of natural and alternative forms of treatment.

Alterations to one’s diet may also help treat alopecia. Patients suffering from the autoimmune disease should give an anti- inflammatory diet a shot. This eating plan reduces the autoimmune reaction within the body and the chance of subsequent hair loss.

Scalp micropigmentation (SMP) is not a cure for alopecia-related hair loss, but it does assist in concealing the balding that occurs afterwards. A head tattoo will give the impression that your head is shaved, regardless of how much hair you may have lost.

If alopecia areata is the cause of your hair loss, a hair transplant may be an option for you. Insufficient or non-existent hair growth on the scalp can be remedied with the help of a hair transplant. Hair transplant procedures are effective, but they cannot stop more hair loss from occurring in the future. To achieve long-term results, patients may require further transplants.