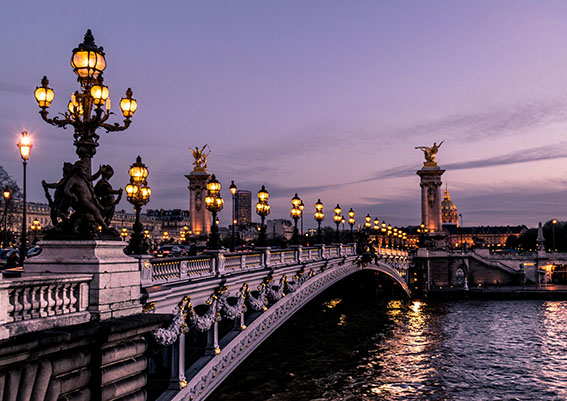 On the day of the release of Netflix’s Emily in Paris Season 2, searches for “learn French online” spiked by 300%, Google Trends data reveals.

What’s more, in the run up to the season being aired, online language learning platform Preply has revealed that users viewing their French tutors page has increased by 242% within the past week.

And so, it seems that we aren’t just obsessed with Emily’s adventures in Paris – we actually want her life!  For those who are keen to go just beyond the basics, the team at Preply has listed the most common French idioms that will get you talking like a native on your next trip to France – which will hopefully be in the not-so-distant future of 2022.

It’s time to jet away to France (whenever that may be). As soon as you step into the beautiful country, get into the French mindset and say this idiom to yourself. We don’t know who Simone is, but she sounds like a lot of fun!

France has a temperate climate, with it neither being too hot nor too cold. However, on the days where it’s particularly freezing, you have this saying to comment on the state of the weather. Fun fact: the reason why this idiom mentions a duck is because it originated from the day where duck-hunting usually started in November, also known as the start of a cold winter.

This common idiom just shows how much the French and English have in common. For instance, it seems that the two nationalities like to refer to hot drinks when it comes to saying that something is not in their preferences.

From going to fancy restaurants to hitting the designer stores, it would be rude not to treat yourself on your next French holiday, so what do you say when you realise how much you’ve actually spent? Precisely this.

Likewise, it would be absurd not to have one too many French 75s and Kir Royales during your Parisian getaway. When it comes to reminiscing about the night before, this idiom may perfectly sum how you were.

There are many gorgeous sights to see in France, let alone in Paris. So, if you want a dramatic way of expressing how taken aback you were by the country, this idiom has you covered!

As the French can be very fiery, it’s not surprising why there are many sassy French idioms. This particular one is targeted at those who tend to stick their nose in situations where it doesn’t belong. However, note that this is quite a rude and direct saying, so think before you speak…

Likewise, If someone is not treating you right, then throw them this comeback. As we know by now, the French just love to throw animals into their idioms.

Picture this: You met someone on your French holiday and arranged to go on a date with them… but they don’t end up showing up! In the unfortunate event this happens, you’ve got this idiom to say how much they did you dirty.

It’s come to the end of your holiday and you have to sadly bid farewell to all the amazing people you have met. As well as the usual “au revoir”, you could perhaps surprise them by saying this classic idiom.

Daniele Saccardi, languages expert from Preply said: “While it’s useful to learn the basics of another language, getting to know the various idioms associated with that language will help you to stand out from the crowd.

“Idioms are common expressions that mean something different to the literal meaning of the word. And so, they give you a more creative way of expressing yourself, which is what people tend to remember. As well as this, speaking in idioms shows that you’re fully immersed in a certain culture and this will certainly earn you a couple of brownie points”.

Ajman, the home of the UAE’s Heritage and Culture